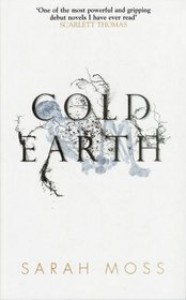 This book was a waste of time. Why did I read it until the end? Don't know. This book is a failure in everything it stands off. First of all, I put in Horror section but what's the horror here? I put it apocalyptic fiction but... the only thing that says that is when they receive news of a virus or plague is ravaging USA and then UK and the rest of the world but we know this with only a few words of a shepherd.

So, they are in Greenland digging some viking burial ground. OK.
We have 6 archaeologists, each different from the other and that's good. But each one boring as the other. Each chapter, there are 7, one for each character and Nina our main character if you like gets two.

I mean, after reading 10 pages of the book I wanted to kill Nina. And each page that I painfull read I really wanted the vikings rising from their graves and kill them, or maybe the sheep could have killed them. Enfin...

There is nothing interesting besides some occasional hint about the Viking culture. That's the only reason I give one star. I don't even understood how this book ended. Some books end with a nice tone, others with a bad tone. And for that's even great. I like an unhappy ending. But this ending was absurd. It didn't give nothing good or bad. Nina starts rambling about things that she was doing. There is no ambiguity that some endings give us. No the ending is absurd. For what I see in other reviews they agree with me. Don't read the novel but if you really, really, really want start reading after page 10 and end in the 6 chapter. Don't read Nina last chapter. It adds nothing.
Tweet
3449 BOOKS